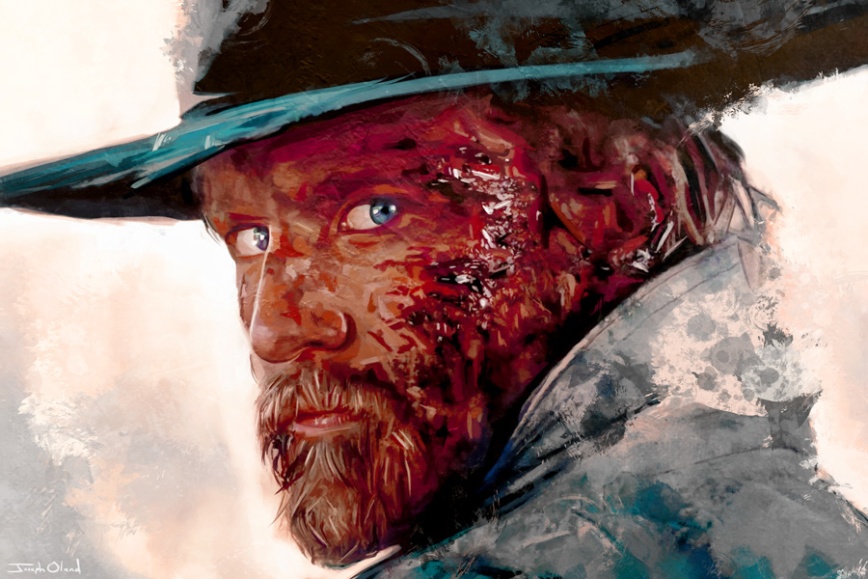 PRINTS AND MERCHANDISE AVAILABLE HERE
– – –
This is one of those old illustrations that sat, untouched, for years at a time. I’d eventually get around to it, do a little bit of work on it, get discouraged, and set it aside for another year. Just one of those projects that, at the very beginning I thought had some promise and I eventually lost my passion for.

But my passion for taking these orphaned, unfinished projects and finishing them? Definitely stronger.

Forcing myself back into this piece – inspired, as many of my illustrations are, by the cinema – I thought about the tradition of Western Films in American cinema, and how these themes have begun to resurface in movies like Logan, which intentionally and overtly borrowed from movies like Shane and The Cowboys. This piece, in fact, is a study from James Mangold’s 3:10 To Yuma – James Mangold also happens to be the same man who directed Logan.

This didn’t feel like work. It wasn’t a headache trying to finish it. I found a good flow and I’m glad to close the chapter. I hope you like it.

It’s difficult to tell whether or not Sam Esmail’s brainchild will be able to maintain its narrative momentum as we begin season three of Mr Robot. The “split-personality” device is a tricky tightrope walk, especially as contemporary psychology has largely debunked the concept of multiple-personality disorder. This isn’t to say that it isn’t an interesting device that can be used to great effect (think Fight Club or Primal Fear) but it can fall apart very catastrophically (think Identity or Secret Window).

But, for the time being, Mr. Robot hasn’t yet jumped the shark.

Season three has introduced new players to pump some new life into the narrative, but the story is also beginning to fold in on itself. It was clear from the beginning that Esmail hadn’t diagrammed the whole arc; the pilot itself was a grand ‘hail mary’ with wonderful, and likely surprising, success. But Mr. Robot will only last as long as the ratings do. The USA Network will continue to find ways to add new things into the mix, for as long as they can, which could easily doom the show to a fizzling-out in a style not dissimilar to Dexter, Entourage, or Lost.

When the story-teller knows how the story is going to end before the first script it authored, the architecture of the story isn’t compromised by executives and ad-dollars. Deadwood, The Sopranos, and The Wire are excellent examples – all of these ended on a high note that left audiences wanting more, rather than their stories being wrung dry, left to die on the vine, to die the death of a million weeping pinhole wounds.

The opening of season three introduces Irving(Bobby Cannavale), a Robert Goulet/Gordon Gecko mashup whose cold demeanor and self-interest begs for a gaudy pinky ring or gold bracelet. His character is interestingly convincing even while being painfully one-sided and almost clichéd. Untroubled by personal wealth, he’s introduced in a barbecue restaurant arguing with a minimum-wage cashier over the redemption of a coupon. He is modeled after other villains defined by meticulousness – Hannibal Lector, Guss Fring, Anton Chigurh. The idea, really, is to find his style laughable while also recognizing an undercurrent of profound influence and brutality.

There have been a lot of villains like this in television lately.

Irving is tasked with handling the situation between Tyrell (Martin Wallström) and Elliot(Rami Malek). If you can recall, Tyrell put a bullet in Elliot’s stomach at the conclusion of season two when Elliot tried to put a stop to his alter-ego’s machinations. Irving is the linchpin that connects our developed protagonists of the underground hacker network ‘F Society’ with the elusive underground network known as ‘The Dark Army,’ whose goals are still completely, mundanely, boringly obscure; I’m sure there will be a shocking reveal further down the line.

What interests me is Whiterose (BD Wong) and his discussion at the beginning of the episode, following a wide, sweeping shot over what we assume to be a nuclear reactor or a particle accelerator. And this is where I weep for the future of the show – the introduction includes nuclear technicians casually discussing a theory of the multiverse, it then expands to visually reveal a massive technological structure that invites comparisons to the “hadron collider” in Cern, and eventually leads to Angela Moss (Portia Doubleday) asking Elliot what he would do if everything could be changed, if everything could be erased, including what happened to their parents, and that it’s an absolute possibility.

Discussions of the multi-verse and the possibility of changing time – Mr. Robot is tinkering with some tricky subject matter that is completely divorced from a critique of capitalism, illustrations of manufactured consent, and a celebration of the meek rising up to conquer their masters.

The psychological drama takes a back seat, thematically, to the opportunity of changing or shifting reality altogether. The masters of the economic world are transforming into masters of reality itself. The unreliable narrator, Elliot, has been completely changed. The story, moving forward, can be good or it can be a disaster. And this episode doesn’t pass the smell test.

“When I look in the mirror, I am slightly reminded of self-portraits by Durer and by Rembrandt, because they both show a degree of introspection. I see some element of disappointment; I see a sense of humour, but also something that is faintly ridiculous; and I see somebody who is frightened of being found out and thought lightweight.”
~Robert Winston 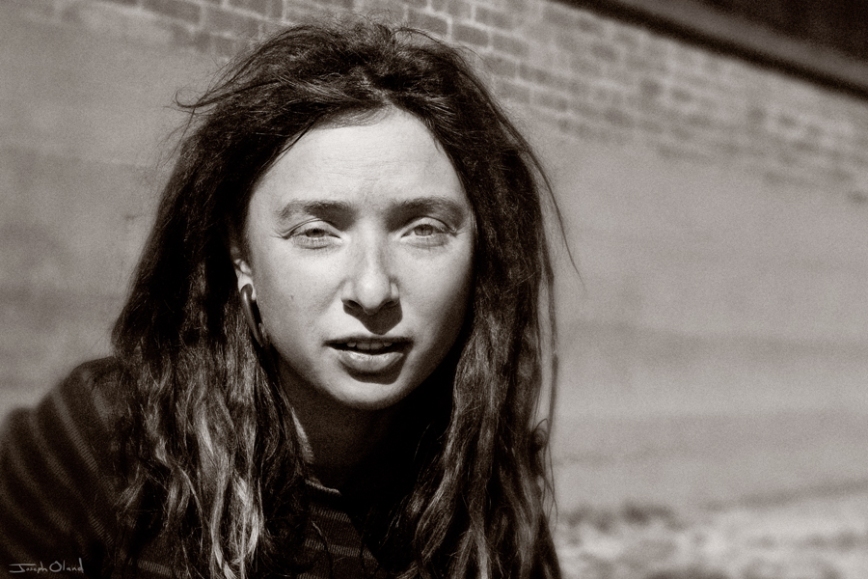 “Feeling lost, crazy, and desperate belongs to a good life as much as optimism, certainty, and reason.” 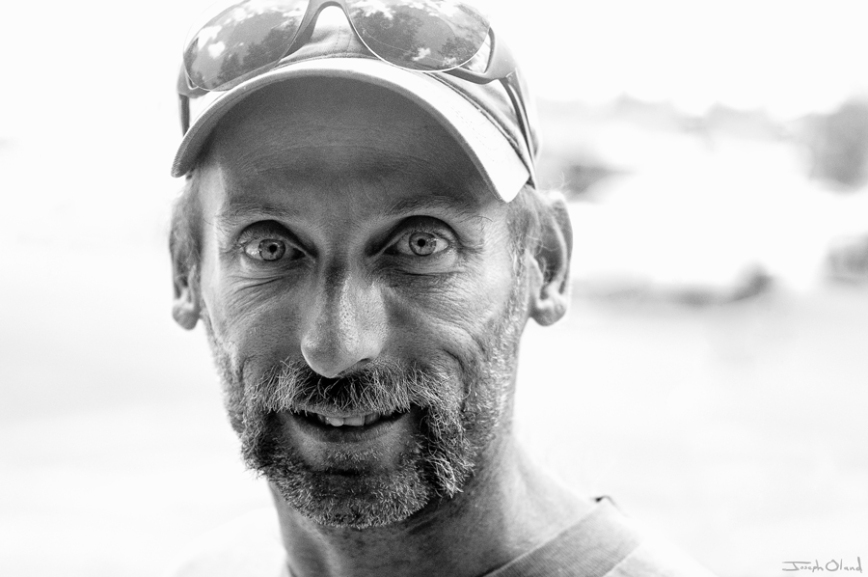 “It doesn’t matter how many times you leave, it will always hurt to come back and remember what you once had and who you once were. Then it will hurt just as much to leave again, and so it goes over and over again.
Once you’ve started to leave, you will run your whole life.”

“Men fear thought as they fear nothing else on earth – more than ruin, more even than death. Thought is subversive and revolutionary, destructive and terrible, thought is merciless to privilege, established institutions, and comfortable habits; thought is anarchic and lawless, indifferent to authority, careless of the well-tried wisdom of the ages. Thought looks into the pit of hell and is not afraid. Thought is great and swift and free, the light of the world, and the chief glory of man.”

“I’ve seen a look in dogs’ eyes, a quickly vanishing look of amazed contempt, and I am convinced that basically dogs think humans are nuts.”
~John Steinbeck

“The most important kind of freedom is to be what you really are. You trade in your reality for a role. You trade in your sense for an act. You give up your ability to feel, and in exchange, put on a mask. There can’t be any large-scale revolution until there’s a personal revolution, on an individual level. It’s got to happen inside first.”
~Jim Morrison 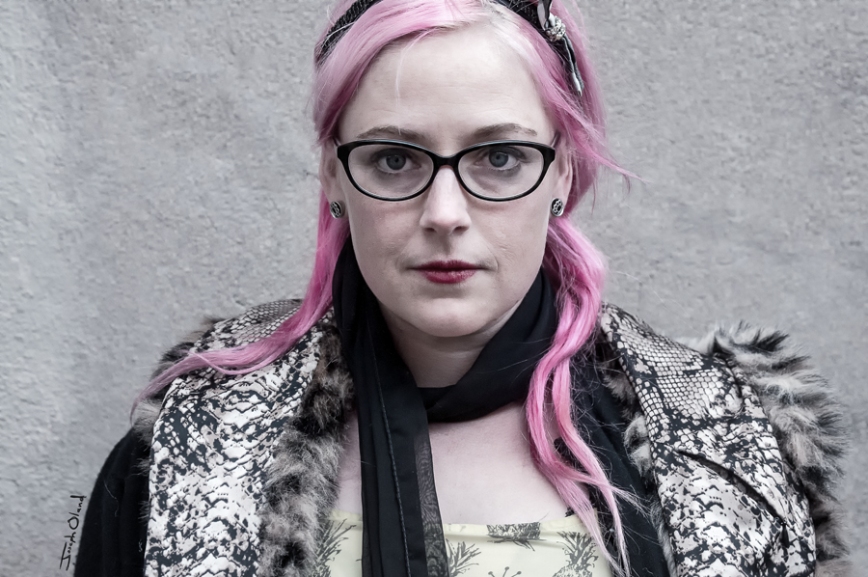 “To be yourself in a world that is constantly trying to make you something else is the greatest accomplishment.”
~Ralph Waldo Emerson 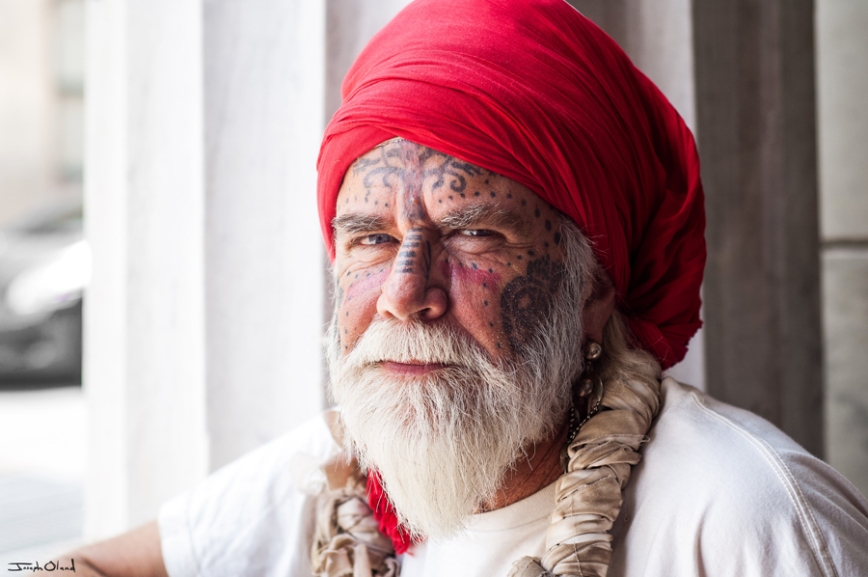 “The so-called Left-Right political spectrum is our creation. In fact, it accurately reflects our careful, artificial polarization of the population on phony issues that prevents the issue of our power from arising in their minds.”