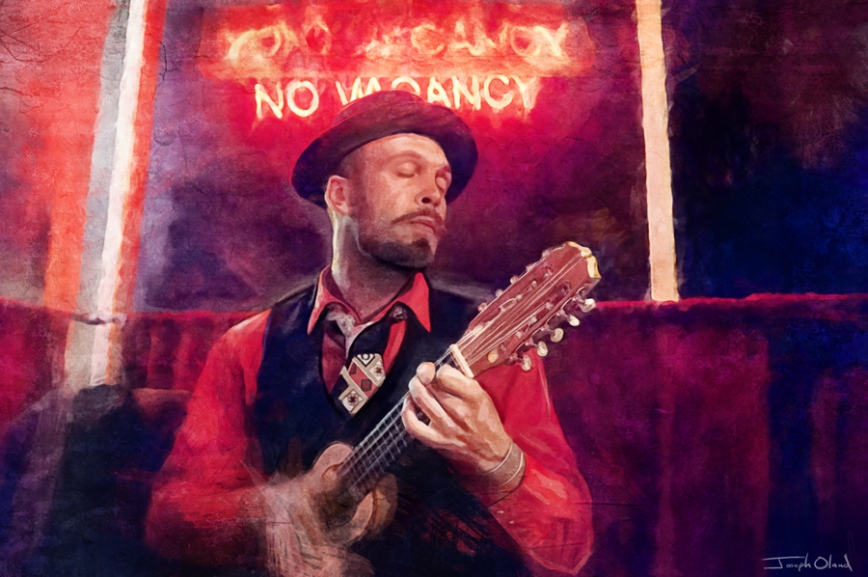 I’ve met Bowie Johnson a couple of times now, along with other musicians who passed through town on their way to Austin, Texas to perform at SXSW, I think (these meetings were also usually met with a heavy dose of revelry and booze). He’s the lead singer of a group called Dum Spiro Spero, the name derived from a latin phrase that translates to “while I breathe, I hope.” I really dig the motto, and I really dig that Bowie and his band-mates adopted it.

They’d roll into town on their own bus, and they killed it every time they set up in the Grand Saloon and started playing.
Beats and claps, smiles and dance – these guys liven up every room they play with timeless music that damn-near anybody can sink their teeth into. I’m no music journalist, so I won’t dig into the details. Strings and chants, boot-heels clapping on the ground, these guys keep the energy up and make time for anybody who wants to hang out, drink a beer, ask a question, or get an autograph.

Looking forward to seeing them again soon.
Check out their page here. 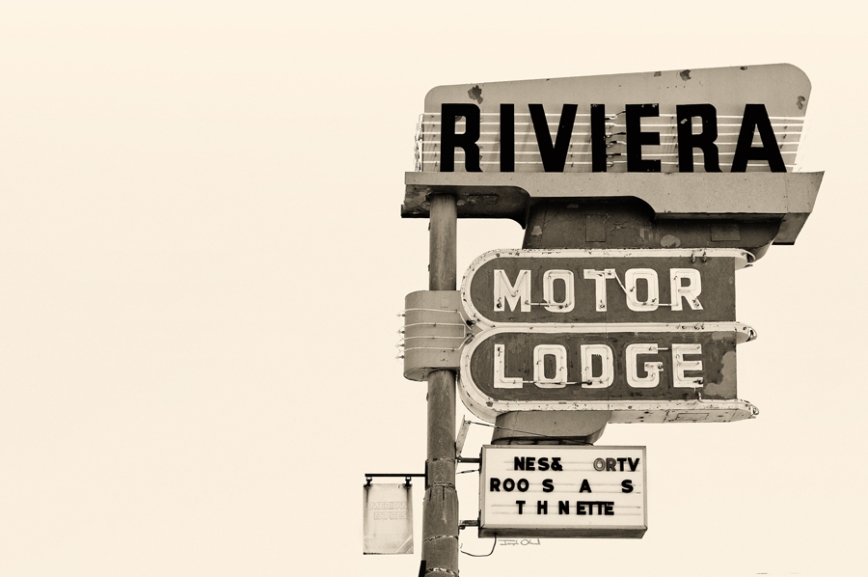 The Riviera Motor Lodge opening at 515 W Miracle Mile Road (then called Casa Grande Road) in Tucson, Arizona back in 1953. In 2016, a fabricator was hired to refurbish the vintage sign. During a month-long process the sign’s paint scheme was redone and a red & white neon lighting pattern was added. This image was taken several years before the restoration; it was made with the palladium printing-out process to generate the golden hues and authentic vintage look.

Automobile culture reached Arizona in the early 1900s and brought major roadway projects (see yesterday’s post about Miracle Mile Road) and an increase in tourism, which delivered new money to Flagstaff in the 1920s. Fundraising began in 1926 by local community leaders to establish first-class accommodation to replace some of the outmoded and run-down hotels.

Ground broke for the 73 room Community Hotel (named in honor of the prominent citizens who funded its construction) on June 8 of that year. It was finished in six months, opening its doors on New Years Day, 1927.

My first visit was back in 2005 or 2006, when I had the chance to tag along with a friend of mine. We worked together at a local Tucson photo lab and he happened to be a drummer in a band called “The Deludes.” I was able to hop aboard for a show they’d booked at the hotel’s “Cocktail Lounge.” It was a prohibition-era bootlegging operation, but the secret wasn’t kept long – local officers disrupted the illegal business in 1931. Ironically, the speakeasy reopened only two years later when prohibition was lifted. 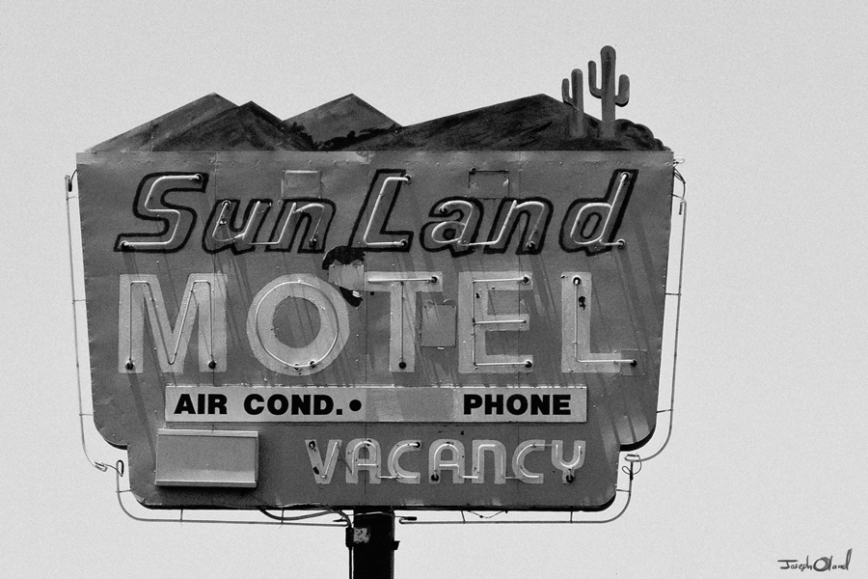 As car culture began to take root in Arizona, the Old Spanish Trail Highway was established in 1916. This route represents a massive construction project intended to thread from Southern California to Florida. Motels and gas stations sprung up from the route, and some of the old remnants just so happen to survive today.

The Old Spanish Trail merged with other routes on the north side of Tucson, creating a network throughout the city. In the 1920s, the road became US Highway 80, which snaked down through Benson, Bisbee, and onto Douglas. Another vein sprung up, US Highway 89, stretching down through Tubac, Tumacacori, and on toward to the port of entry in Nogales along the Mexican border. Highway 84, known as the Casa Grande Highway, is now called Miracle Mile – it led north to Casa Grande and Phoenix.

Miracle Mile is today a somewhat notorious stretch of road, with low-rent rooms, weekly rates, a strip club, and a bowling alley. But that isn’t news. The area began to decline in the late 1960s, and Miracle Mile became synonymous with drugs, prostitution, and other illicit activity.

Only recently has the area has begun to shed it’s negative reputation, and it may be a while yet before the old stories fade away. Reinvestment has seen renovation, but many of the motels still seem relatively neglected, and the low rates still have the appearance of attracting a particular type of clientele. I guess time will tell what’s in store for old Miracle Mile road.