History isn’t always pretty, but it occasionally gets a second chance.

This historic structure has long been considered a blemish on the face of this otherwise dusty, hideous wasteland of a city. Over the years, dozens of complaints have been filed for The Spanish Trail motel, a deteriorating mid-century hotel held together by cracked paint and inertia. Conveniently hovering over Interstate 10 along the edge of the city of South Tucson, it gives any newcomers from the east a fairly accurate impression of Tucson. I stumbled across an article today, however, indicating that a couple of investors have purchased the property and intend to breathe some new life into it.

In it’s own time, The Spanish Trail was a well-known destination. In the 1960’s and 70’s, live music & theater – and a Hollywood clientele – drew an eclectic crowd. Professional staff lived on-site in a series of duplexes north of the resort and the property boasted luxurious amenities. Today, of course, the housing has been replaced by a steel yard; the golf course, lagoon, running track, and cactus garden are gone.

This is where movie stars like John Wayne and Michael Landon lived (and visited) while working at Old Tucson Studios. The large area that still survives, a space-aged-looking concrete rotunda, was the Dinner Show Lounge. Time, vacancy, and a structure fire have left little to appreciate.

Despite how unkind the past few decades have been, the new owners have expressed an interest in redeveloping the property into permanent affordable housing, with an emphasis on providing homes for veterans.

There’s no set timeline for the forthcoming renovations, but I’ll be curious to see what happens to the old 70-foot sign. As always, other peoples’ eyesore is, to my twisted eye, a fascinating and beautiful relic.

“Childhood is measured out by sounds and smells and sights, before the dark hour of reason grows.”
~John Betjeman

In my spare time, collecting vintage photographs, there are always a few that stand out. This one is almost a cliche – a bunch of suits with fedoras and cigarettes marching down the boardwalk like the gangsters in the opening scene of Reservoir Dogs. This photograph always pleased me, so naturally I had to share it.

“There is no love sincerer than the love of food.”
~George Bernard Shaw, Man and Superman

“I am a firm believer that every few years one needs to shake one’s life through a sieve, like a miner in the Yukon. The gold nuggets remain. The rest falls through like the soft earth it is.”
~Amy Poehler 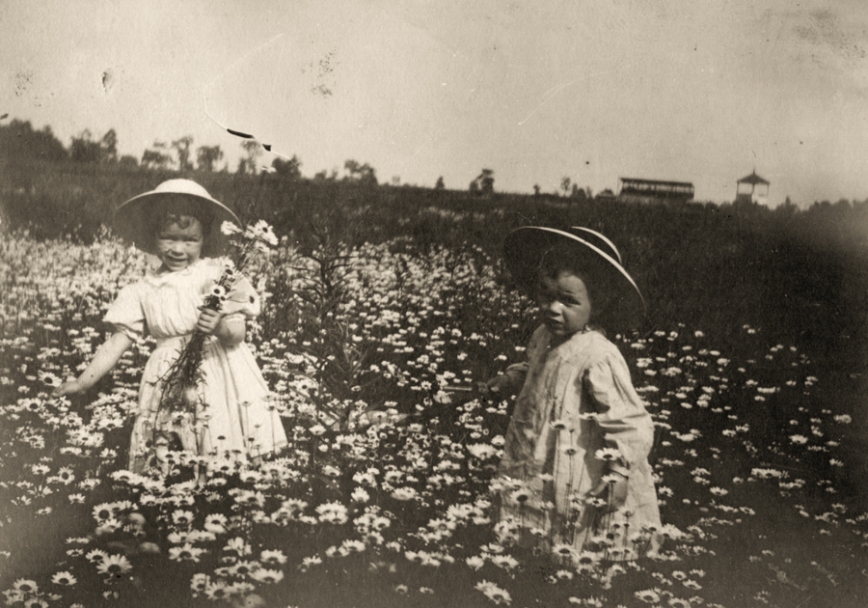 “I don’t believe an accident of birth makes people sisters or brothers – it makes them siblings and gives them mutuality. Sisterhood and brotherhood are conditions people have to work at.”