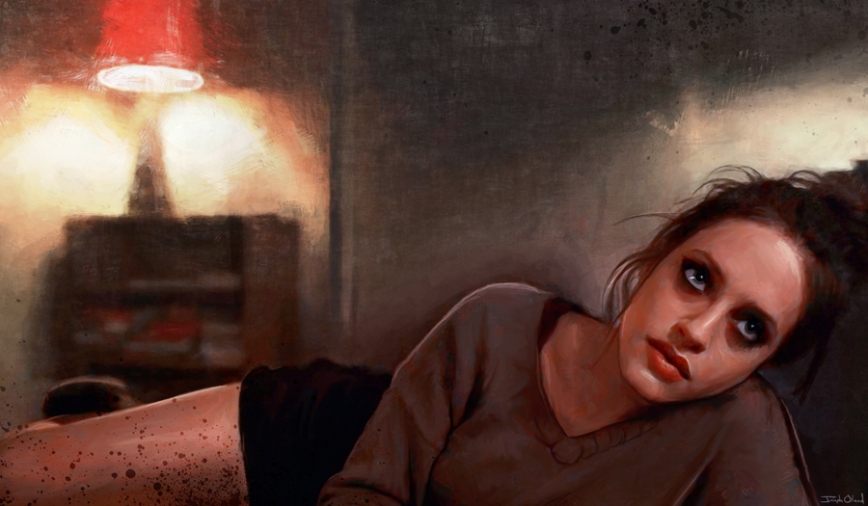 Episode three of this season, titled ‘Legacy,’ takes us back in time in order to fill in some of the details leading up to Elliot’s incarceration in season two. It begins in the dimly-lit carnival atmosphere of the Eldorado Arcade – where FSociety originated – with Elliot (Mr Robot) and Tyrell examining the 5/9 hack that brought E Corp to it’s knees at the end of season one. With another clever ‘cowboy switch’ that visually communicates that Mr Robot is currently in the driver’s seat, we witness a confrontation between Mr Robot and Tyrell that illustrates a deeper emotional disturbance in Tyrell than we may have previously realized. The late night meeting, however, is interrupted by the series’ newest enigmatic character, Irving, and two of his henchmen.

“If you‘re seein‘ me, that means you boys fucked up.”

Presumably, this is some of the earliest contact Irving ever makes with Mr Robot, and it illustrates why Irving was so confused when Elliot didn’t recognize him when they met at The Red Wheelbarrow at the beginning of the season.

Irving is a masterful character that communicates – both to Mr Robot and to the audience – how much reach Dark Army truly has; it has eyes and ears everywhere and Stage Two has yet to be initiated. Tyrell is forced into hiding, guarded by Dark Army acolytes at a remote cabin in the woods, divorced from all of his contacts. Elliot is sentenced to eight months in jail for harassing his therapist’s boyfriend and Whiterose, during a private briefing, expresses his intention to pull the right strings to help manipulate Donald Trump into the Oval Office.

The play-by-play of much of the episode is unimportant. What is important are the details and character development. We begin to dig into the psychology of Tyrell Wellick, whose fanatical devotion to Elliot hinges on the disturbing. We witness the button-down demeanor of Tyrell shift to a wild-eyed frenzy, believing he is a demigod. We also see vulnerability in Tyrell when he expresses that he needs to “look good for Elliot,” when he admits that he is afraid he will become like his father, and when we see Irving begin to serve as something of a father figure to him out in the woods. Beyond all of this making Tyrell more three-dimensional and relatable, this also begins to humanize Irving who – up until this point in the season, at least – has only ever appeared calculated, methodical, cold, and threatening.

And if we pay close attention, there is one huge things missing from this episode: notice that Elliot is not narrating this episode, which is a significant departure from the show’s format. The result is that the audience feels more distant from the characters and events (especially Elliot), and adds to the cloak-and-dagger mystery tone of this season.

As each of the show’s central characters become increasingly aware of Elliot’s dissociative personality, Elliot himself becomes increasingly distant from the audience. As more of Elliot’s associates begin to navigate his dual personas, chances are good that Mr. Robot’s world is going to change, too. Last week we saw how Mr. Robot reacted to losing control over Elliot; moving forward, it’s easy to assume that this nervous rage is going to have real-world consequences, especially as Stage Two is implemented.

This television show has woven a complicated tapestry, constructing intricate connections between hacktivists, corporate executives, political opponents, economic balance, and organized & corporate crime. Mr. Robot is expert in revealing enough information to prevent the audience from feeling overly manipulated while simultaneously keeping us in the dark enough to keep guessing. That’s the strength of the show; we know that everything is connected, but aren’t quite sure how or why. All the while, the story is slowly unfolding, slowly filling in the blanks.

The split personality trope is still a shaky one, but it’s being handled with a unique finesse that hasn’t yet threatened to injure the overall narrative. ‘Legacy’ has certainly upheld the mystery and intrigue of Mr. Robot, and it’s certainly clear that there will be many more surprises down the road.

I’ve met Bowie Johnson a couple of times now, along with other musicians who passed through town on their way to Austin, Texas to perform at SXSW, I think (these meetings were also usually met with a heavy dose of revelry and booze). He’s the lead singer of a group called Dum Spiro Spero, the name derived from a latin phrase that translates to “while I breathe, I hope.” I really dig the motto, and I really dig that Bowie and his band-mates adopted it.

They’d roll into town on their own bus, and they killed it every time they set up in the Grand Saloon and started playing.
Beats and claps, smiles and dance – these guys liven up every room they play with timeless music that damn-near anybody can sink their teeth into. I’m no music journalist, so I won’t dig into the details. Strings and chants, boot-heels clapping on the ground, these guys keep the energy up and make time for anybody who wants to hang out, drink a beer, ask a question, or get an autograph.

Looking forward to seeing them again soon.
Check out their page here.