Episode three of this season, titled ‘Legacy,’ takes us back in time in order to fill in some of the details leading up to Elliot’s incarceration in season two. It begins in the dimly-lit carnival atmosphere of the Eldorado Arcade – where FSociety originated – with Elliot (Mr Robot) and Tyrell examining the 5/9 hack that brought E Corp to it’s knees at the end of season one. With another clever ‘cowboy switch’ that visually communicates that Mr Robot is currently in the driver’s seat, we witness a confrontation between Mr Robot and Tyrell that illustrates a deeper emotional disturbance in Tyrell than we may have previously realized. The late night meeting, however, is interrupted by the series’ newest enigmatic character, Irving, and two of his henchmen.

“If you‘re seein‘ me, that means you boys fucked up.”

Presumably, this is some of the earliest contact Irving ever makes with Mr Robot, and it illustrates why Irving was so confused when Elliot didn’t recognize him when they met at The Red Wheelbarrow at the beginning of the season.

Irving is a masterful character that communicates – both to Mr Robot and to the audience – how much reach Dark Army truly has; it has eyes and ears everywhere and Stage Two has yet to be initiated. Tyrell is forced into hiding, guarded by Dark Army acolytes at a remote cabin in the woods, divorced from all of his contacts. Elliot is sentenced to eight months in jail for harassing his therapist’s boyfriend and Whiterose, during a private briefing, expresses his intention to pull the right strings to help manipulate Donald Trump into the Oval Office.

The play-by-play of much of the episode is unimportant. What is important are the details and character development. We begin to dig into the psychology of Tyrell Wellick, whose fanatical devotion to Elliot hinges on the disturbing. We witness the button-down demeanor of Tyrell shift to a wild-eyed frenzy, believing he is a demigod. We also see vulnerability in Tyrell when he expresses that he needs to “look good for Elliot,” when he admits that he is afraid he will become like his father, and when we see Irving begin to serve as something of a father figure to him out in the woods. Beyond all of this making Tyrell more three-dimensional and relatable, this also begins to humanize Irving who – up until this point in the season, at least – has only ever appeared calculated, methodical, cold, and threatening.

And if we pay close attention, there is one huge things missing from this episode: notice that Elliot is not narrating this episode, which is a significant departure from the show’s format. The result is that the audience feels more distant from the characters and events (especially Elliot), and adds to the cloak-and-dagger mystery tone of this season.

As each of the show’s central characters become increasingly aware of Elliot’s dissociative personality, Elliot himself becomes increasingly distant from the audience. As more of Elliot’s associates begin to navigate his dual personas, chances are good that Mr. Robot’s world is going to change, too. Last week we saw how Mr. Robot reacted to losing control over Elliot; moving forward, it’s easy to assume that this nervous rage is going to have real-world consequences, especially as Stage Two is implemented.

This television show has woven a complicated tapestry, constructing intricate connections between hacktivists, corporate executives, political opponents, economic balance, and organized & corporate crime. Mr. Robot is expert in revealing enough information to prevent the audience from feeling overly manipulated while simultaneously keeping us in the dark enough to keep guessing. That’s the strength of the show; we know that everything is connected, but aren’t quite sure how or why. All the while, the story is slowly unfolding, slowly filling in the blanks.

The split personality trope is still a shaky one, but it’s being handled with a unique finesse that hasn’t yet threatened to injure the overall narrative. ‘Legacy’ has certainly upheld the mystery and intrigue of Mr. Robot, and it’s certainly clear that there will be many more surprises down the road. 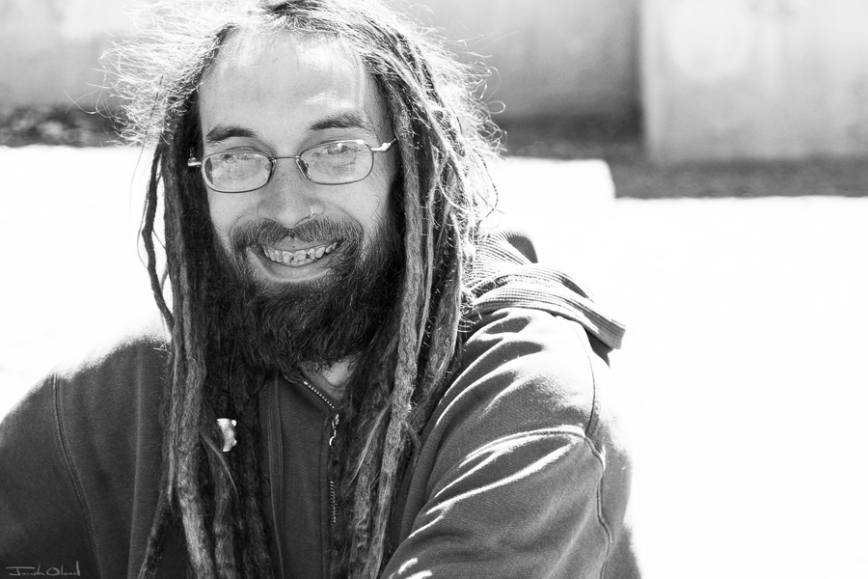 “The concept of social justice, which purports to promote equality among the lines of gender and ethnicity, is based on intersectional feminist theory. Per the theory, certain classes of people are naturally oppressors, while others are victims. There’s nothing more divisive than that.”

Perhaps I ought not delve into it too deeply if I don’t intend to follow the whole conversation through before moving onto the next project – but it is portrait month, and I do think this is an interesting one. This is a portrait self-proclaimed revolutionary, activist, and savior of the people; that hasn’t quite been my experience of the man, but I certainly have to respect the passion, even if I don’t quite understand the method or appreciate the affectation.

The Joker, A New Illustration From LenseBender Studios

The list of complaints about last years’ ‘Suicide Squad’ is a long one. The machined-gunned roll-call character introductions, the underdeveloped personalities, the ethnic stereotypes, and the ‘walk like an Egyptian’ Enchantress – and this is just to scratch the surface – earned across-the-board negative reviews and a deeply conflicted audience.

One of the biggest complaints I’ve been hearing? The prison-tatted goth-juggalo Joker. And while this version of The Joker has earned such disdain, Jered Leto’s performance has simultaneously garnered some of the film’s highest praise. In fact, many moviegoers are hopeful for a ‘Joker & Harley’ stand-alone movie(although this is looking less likely with the announcement of ‘Gotham City Sirens‘). Audience responses to both the film and this new iteration of the ‘ganagster’ Joker perfectly illustrates how polarized audiences are.

What many moviegoers aren’t aware of is that The Joker has undergone several transformations over the last seventy-five years. After Batman was given his own stand-alone comic title in 1940, creator Bob Kane needed to introduce a new villain. Interestingly, The Joker was initially supposed to die in the first issue – with a knife through the heart – but the decision was ultimately made to keep The Clown Prince Of Crime on deck as a recurring character.

It’s easy to assume that the earliest depictions of The Joker would more closely resemble the 1960s television series – whimsical and cartoonish, rather than sociopathic and violent. The truth is, in his earliest story arcs, The Joker was a ruthless killer similar to more recent cinematic portrayals. It wasn’t until editor Jack Schiff was hired that The Joker’s persona was softened in order to market the Batman comics to a younger audience. After the establishment of the Comics Code Authority in 1954, The Joker was nothing more than a puckish, thieving trickster.

Editor Julius Schwartz took the reigns in 1964, leading to the near-abandonment of The Joker character altogether. Evidently, Schwartz wasn’t a fan of the character. If it wasn’t for the 1966 Batman television series, The Joker might have faded into complete obscurity. The show was a hit, however, and actor Cesar Romero provided the first ever live (non-comic-book) performance of the iconic character.

After the end of the television series – and despite its success – comic sales were flagging. The Joker was reintroduced in 1973, after a four year hiatus and a decision to change formats. Editors wanted to begin telling more mature Batman stories and shed the whimsical camp of the 1960s. This reincarnated Joker was brought back to his original concept: a ruthless serial killer on equal footing with The Caped Crusader. He was also, for the first time ever, depicted as being completely and undeniably insane.

In 1975 The Joker was granted a stand-alone comic series by DC Comics – this would be the first time that a villain would be portrayed as the protagonist in a comic book serial. The series was short-lived, but The Joker’s popularity expanded rapidly. This would culminate in some of the most iconic graphic novels of the 1980s, spawning feature-length animated films, a reinvigoration of comic book culture, and one of the most ambitious films based on a comic book intellectual property, Tim Burton’s 1989 release of ‘Batman.’

“Mr. Robot” taps into criticisms of consumer culture (and corresponding anxieties) in a style reminiscent of David Fincher’s “Fight Club.” The main character, Elliot – brilliantly portrayed by Rami Malek – is torn between the world he inhabits and his own idealism. He simultaneously hates the world, but feels oddly compelled to save it. He hates consumerism, but operates successfully within corporate culture. With his unique skill-set, he isn’t so much an anti-hero as he is a vigilante. Similar to the goals of Project Mayhem in “Fight Club,” Elliot is recruited by an insurrectionary anarchist known only as “Mr. Robot” – portrayed by Christian Slater – to try and wipe the debt record to zero and destabilize the entire global economy.

By the end of season one, the hacker collective has been successful in doing just that. But the social, political, and economic infrastructures of the entire western world cannot be obliterated in one calculated attack. The collective, known as “f-society,” still has plenty of work to do.

I’ll be bringing artwork and analysis after each episode, beginning after Wednesday’s season two premier. Hop aboard, will you? Let me know what you’re thinking about, and don’t forget to follow me on Facebook and also follow me on Twitter.

One of the first movies that ever inspired me to create fan artwork was “Fight Club.” Looking back, there are plenty of opportunities to tear holes in the ethos of the film, but the film is intentionally self-critical, which buttresses it against any concrete philosophical criticism – this is one of the things that’s so brilliant about it. It expresses an anti-corporate, crypto-fascist morality, but it’s also laden with ad placement from Pepsi, IKEA, Tommy Hilfiger, 7Eleven, and many, many others. What I think helped the film overcome its abysmal box office numbers – and eventually achieving cult status in the years following its release – was it’s exquisite illustration of disenfranchisement, job dissatisfaction, and a gnawing frustration with consumer culture.

Today’s illustration is yet another addition to my collection of “Fight Club” inspired illustrations, with the unnamed narrator played by Edward Norton and his only emotional anchor, Marla Singer, played by Helena Bonham Carter. I hope you enjoy it as much as I enjoyed making it, and I hope you might consider adding a print to your art collection. Cheers!