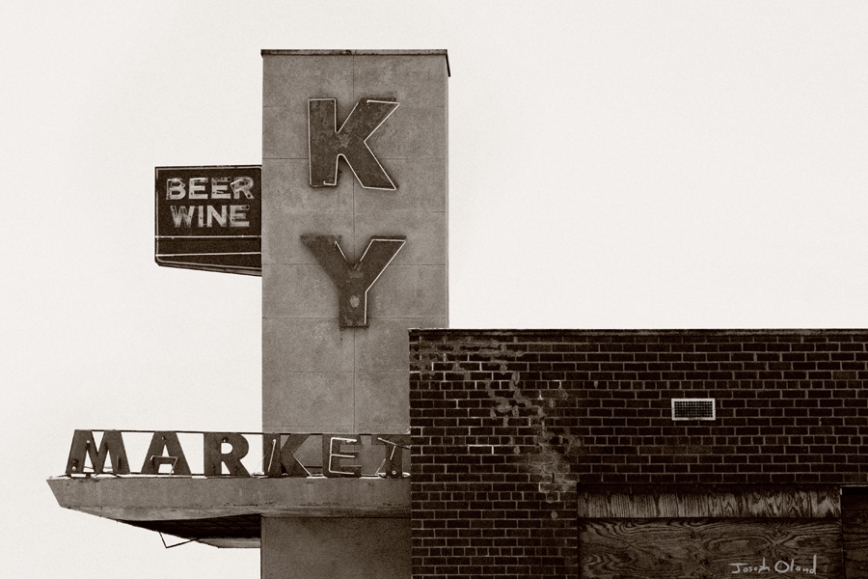 I was a freshman at The University of Arizona back in 2001. The whole of downtown Tucson has completely changed in the years since then. University Boulevard was a third-world country; the old brick buildings at the intersection of Park & University were a shelled-out scene reminiscent of 1980s East St. Louis. The only missing set-piece would be an arrangement of chopped cars on cinder-blocks. The old drug store was razed that year, piles of bricks and construction equipment lined the streets, and the sound of jackhammers provided the background music audible from my eighth story dorm room in Coronado Hall.

Downtown wasn’t entirely different. Congress Street, the main thoroughfare, had it’s own share of problems. The Screening Room still had events every weekend, Hotel Congress was a hub for live music & adult beverage, and The Grill – open twenty-four hours – always had coffee, beer, and tater tots for the restless insomniac artist. The scene was markedly different in the light of day, though; many of the storefronts on Congress were shuttered and vacant, rents were low, and a series of businesses seemed to play musical chairs with commercial space.

A lot has changed since then.

Today’s ‘photograph of the day’ is an old market just south of Tucson’s downtown area on 6th Avenue. I don’t have a lot of information about the old business, but I’m guessing it was one of the many bodegas near Barrio Viejo that eventually fell into irrelevancy. The structure appeared to sit vacant during the entirety of my tenure in Tucson, the ten years stretching from 2001 to 2011.

Revitalization hasn’t just hit Congress and 4th Avenue – the old KY Market has been purchased by a gentleman named Danny Vinik and converted into a multimedia space for his company, Brink Media. I worked for the company, briefly, but I don’t think I possessed quite the skill-set, and the project I was working on didn’t seem to be too tremendously focused. The people that work there, however, are some of the most brilliant web developers, graphic designers, and videographers I’ve ever met. I was happy to be a part of the operation, short-lived and fruitless as it may have ultimately proved to be.

I have a lot of pre-restoration photographs of downtown Tucson, and this is one that has a little bit of meaning for me. Progress happens, and I’m happy knowing that the building is finally being put to use; one of the greatest friends I’ve ever had works there today. But I also selfishly enjoy the rustic aesthetic of abandonment. Maybe I just have sour grapes that the whole time I lived in Tucson, the whole of downtown was like a pile of rusting beer cans in the desert, and now it all seems to have sprung to life – you know, now that I’m not there to enjoy it.