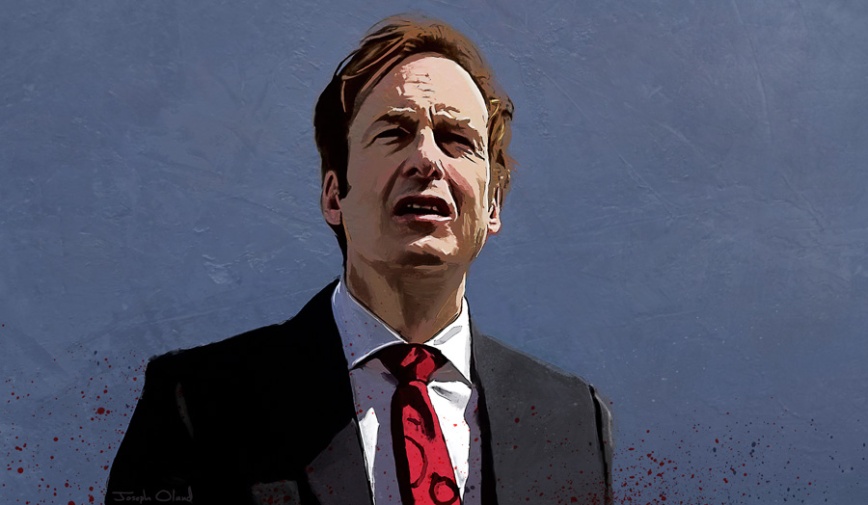 “Nailed” is about right. The screws are tightening and Better Call Saul has breached the barrier between ‘procedural’ into ‘true drama.’ This is the episode that fans have been waiting for, after a laborious – and often frustratingly tedious and long-winded – build-up. Consider the final two episodes as one long story; we’ve only seen the first act. And the gun from the Regalo Helado opening from last week? Well, we all know what happens when you introduce a gun in the first act.

The ‘Cain and Abel’ story between Jimmy and Chuck is reaching it’s apex. The connection between Mike and the Salamanca cartel is cemented, but not resolved. The spindle is turning and the yarn isn’t complete. For today, I’ll be reserving a more in-depth review until the season climax next Monday. 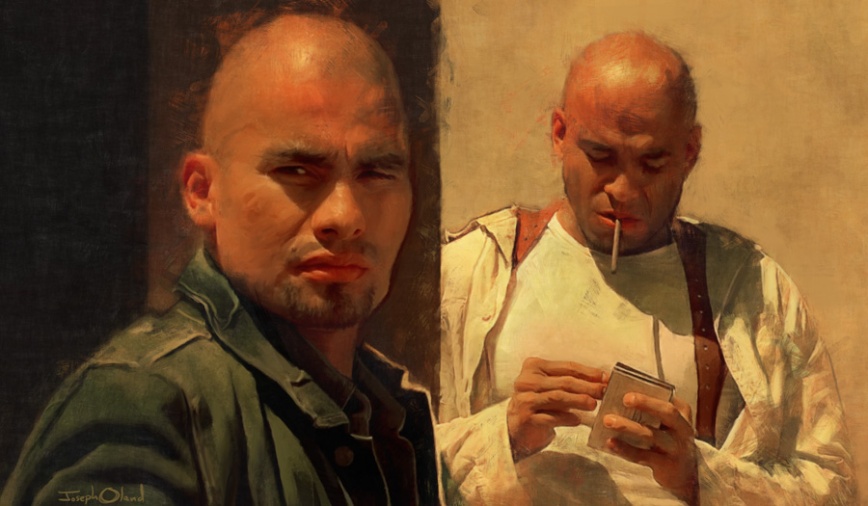 “How about your payment is that you get to live?”
“Not enough.”

Mike is once again confronted with certain dangerous elements, and on two separate occasions on this week’s episode of “Better Call Saul.” What is truly fascinating about the construction of the character is that, given an event where any reasonable audience member would fear for his certain doom, we already know that Mike is going to survive – he’s already in a chronologically much-later sequence of events in “Breaking Bad.” Knowing beforehand that he’s going to make it through, the suspense is remarkably just as palpable here, as we wait to see exactly how the plodding old man manages to wriggle free from closing nets.

Mike’s apparent disregard for his own life, it must be noted, allows him to battle beyond his means. Bravery and intellect help him compensate for ‘bad knees’ and age. And his devotion to what remains of his family makes him easily the most sympathetic character of the show’s entire ensemble (he assumed the throne once Saul quit making ice & food deliveries to Chuck). The total of Mike’s written dialogue for any episode of “Better Call Saul” could be scrawled on a note-card, but a tremendous amount of his thought process is acted through body movements, eye rolls, facial expressions. What’s most interesting about Mike – a character I’ve already insisted is the most interesting character in the whole of the Gilligan-verse – is how his character seems to very closely mirror the trajectory of Walter White in “Breaking Bad.” He is a man with little or nothing to lose, willing to go to any length for his family, loses himself, and dies in the process.

It’s just a bonus to us, I suppose, that the circle finally closes with Mike dying at Walter’s hands. It’s an almost Shakespearean way for the character to die.

The connections to “Breaking Bad” have been steady over the past several episodes, including cameos of Krazy-8, last week’s introduction of Hector Salamanca, and now this week’s reintroduction of “The Cousins.” The arrival of The Cousins was like something out of a horror film, a startling moment in a television program that, thus far, has been noted for its deliberate, slow pace.

Speaking of those connections, it has dawned on me that Nacho Varga isn’t a character in the “Breaking Bad” series. I thought long and hard about this while he sat in the background at the shop at the end of this week’s episode, overseeing Mike’s meeting with Hector and The Cousins. Nacho is still stuck in the middle of all of this, and when Mike hands a conciliatory $25k bundle of bills to the side-dealing Latino, I began to immediately speculate what kind of untimely and grotesque fate awaits the man. At this point it’s just conjecture, but I suspect that Nacho isn’t going to survive the series.

This week also finds Kimmy and Jim running an almost identical series of professional mishaps and frustrations. Kimmy suffers under the lunch-denying thumb of Howard Hamlin. Jimmy struggles under the constant and corrective watch of Davis & Main’s 2nd year stickler, a role expertly and irritatingly played-off like the most loathsome of teachers’ pets. Jimmy is miserable and resentful and Kim becomes increasingly aware of the tenuousness of her position at HHM.

In a brilliant sequence, we watch Jimmy unable to sleep in his king-sized, well-adorned corporate palace. He wrestles with the bed-sheets, kills time bowling with condiments, and eventually gives in, returning to the cramped office at the nail salon. I’m reminded of the Brooks character from “The Shawshank Redemption.” The aged criminal, finally released from his concrete cage, can’t adjust to life in the real world. He has nightmares, forgets where he is when he wakes up, and daydreams about committing a crime just so he can get back to the life he was used to at the penitentiary. In many ways, Jimmy is so used to his hand-to-mouth former life, all of the rewards of the corporate life are actually more of a burden. He’s Tom Hanks from “Cast Away,” preferring to sleep on the floor rather than the comfy pillow-top bed in his hotel suite.

This effectively illustrates how ill-suited he is to his new life, and suggests to us that he is beginning to realize he needs to find a different, more independent path.

Up to this point in the series – and in this episode in particular – what has been accomplished is a thorough setting of the table – all the chess pieces are in place. Mike’s conflict with Hector Salamanca and the Juárez Cartel, Kim and Jimmy’s parallel dissatisfaction in their respective workplaces, and an eventual statement of purpose between the two.

All of the loose ends appear to have been trimmed, and we’re ready for the mad-dash to resolution. I don’t think that Jimmy’s coffee cup – “World’s 2nd Best Lawyer” – is just a throwaway joke. Every time he sits in his fancy new car, he gets angry that it won’t fit in the cup holder. Even though the car is nice and new, and represents everything Jimmy thought he would want out of a career, it just doesn’t fit – literally. So how does he solve his problem? He breaks it. He breaks the cup-holder to make it fit. Just like he breaks any law or rule that prevents him from getting what he wants, or what he thinks he wants.