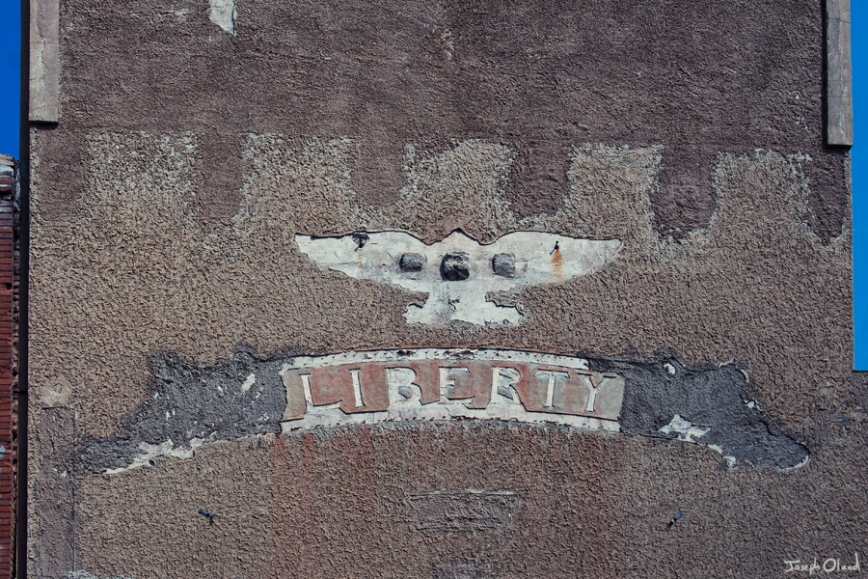 One of the little tricks film photographers sometimes employ is known as “cross processing,” in which slide film is developed using chemicals designed to for regular color film. The results vary, but are characterized by a dramatic color shift, with punched-out contrast and deep tonal saturation. These effects can be applied to digital images with relative ease using editing software like Photoshop; the film photographer, however, is forced to accept the final result rather than having the opportunity to endlessly tweak the effect in post production.

This photograph was made in Jerome, Arizona, a small mining town outside of Prescott Valley in the Black Hills of Yavapai County. The copper mining operation saw a huge boom in the 1920s, pushing the population to around ten thousand. Today there are only about five hundred people, but it gets a lot of traffic from Phoenix – it’s a wonderful weekend getaway. I’ve always enjoyed walking around and looking at the old buildings, the narrow alleys, and the wrecks of brick rotting on the hillsides. It is a quiet place with a rich history. If you’re lucky, you might even bump into Tool and Puscifer front-man Maynard James Keenan, who moved to Jerome to start a winery in the early 2000s.