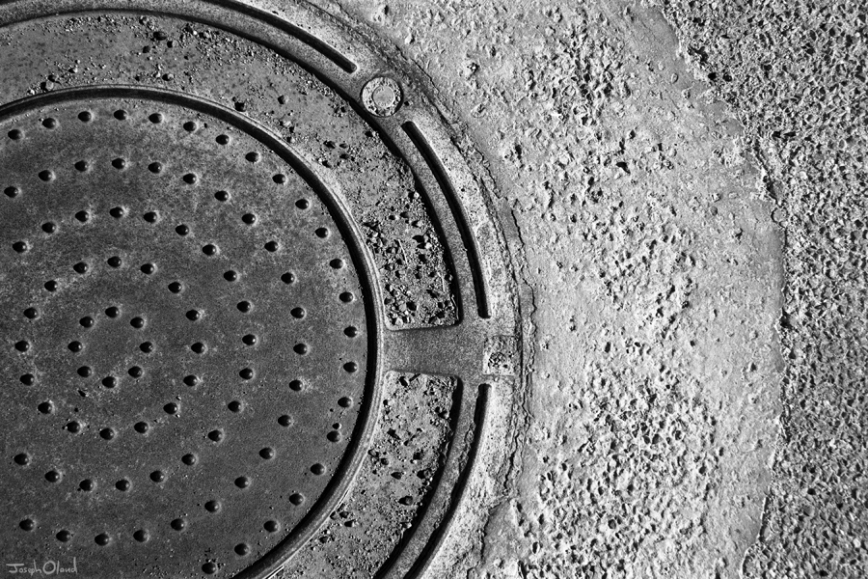 “The longer you look at an object, the more abstract it becomes, and, ironically, the more real.”

Film February continues with yet another recurring theme in the pantheon of old subject matter. Some people miss out on what’s going on around them because they stare at their shoes rather than look around. There’s nothing wrong with staring at the ground, if you ask me – there’s a lot going on there.

As I’ve mentioned in previous entries to this project, street photographer Aaron Siskind played a major role in inspiring a younger version of myself. Seeking out interesting compositions in mundane places became something of a game. While interning at The Center For Creative Photography in Tucson, I also became deeply fascinated by a photographer named Minor White, who also had a tendency to isolate seemingly normal, everyday objects and somehow manage to make them alien, interesting, unique.

There is definitely something magical about working in black-and-white film.