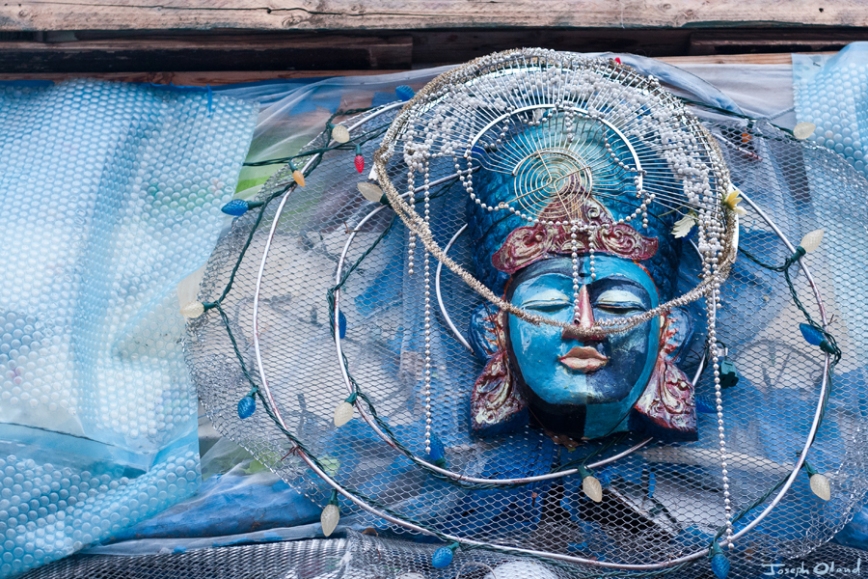 Artists and egos go together like milk and cookies, now, don’t they? Where you find the one, you’re likely to find the other. It’s as though creative people are perpetually prepared to defend their work. And we all know what defensive personalities can do, don’t we? That’s right. They can lash out viciously like frightened wild animals. Bisbee boasts a wonderful arts scene in Southern Ariona, and that wouldn’t be a lie. But the happy-go-lucky vibe Bisbee also likes to boast about itself? Well, that’s not entirely correct. The fact is, the economy there is contracting and the town has gentrified significantly from the dirt-cheap 1960s of yore. Rents are higher, fewer dollars are flowing into the town, and there’s greater competition for a seat at the winner’s table. Sometimes there are hurt feelings when you struggle to promote your work, and sometimes you get thrown under the bus. Sometimes our melt-downs are very, painfully public.

That kind of thing happens in a small town, I guess.

During my tenure, I created enough problems for myself with this big old dumb mouth of mine. I’ve also quietly watched other peoples’ struggles unfold like a great big dusty rug on social media, ready for a thorough beating. We take our licks and hopefully learn something from the experience. We also discover who those people are that never seem to enter the arena, but always sit on the sidelines like carnival barkers, ready to cut you down to size, and ready to help fan the flames of a small conflict into a dangerous firestorm. Having a creative passion is something of a spectator sport, especially in a small town, but heck – criticism is part of the game, too.

People that can’t handle criticism should never pursue a career in the arts. Period.

In my humble opinion, when an artist is surrounded only by cheerleaders who celebrate each attempt as though it were the Mona Lisa itself? That’s absolutely freaking wonderful! We all need positive support. But it also means that the artist may be in the perfect position to experiment with something new, to try a new subject, style, venue, audience. The real danger of a town like Bisbee is that it’s such an incredibly small and insular place, and there are a lot of big fish. Things can get ugly when resources are scarce.

I say all of this not to stoke the flames of malcontent. It appears as though the most recent round of conflict in the Bisbee art scene has played itself out (at least in social media). I say all of this in relation to the image above, made by a gentleman who used to live in the brick building on Brewery Gulch across from the dog park. That is, if anyone ever really recognized it as a dog park. At one point or another, I think I remember people jokingly referring to it as “parvo park,” which didn’t inspire much confidence. Nevertheless, the brick building was festooned with mesh wire, painted mannequins, Christmas lights, and other random, presumably “found” objects. Some viewed it as an eyesore, others loved it. Visitors could be seen taking pictures of it with their smartphones every weekend.

I can’t pick sides. I don’t know the whole story. I just know that the eccentric old beast who decorated that building doesn’t live in Bisbee any longer. He may have brought it upon himself, or maybe somebody just didn’t like the cut of his jib. The extent of my knowledge is that he was run out of town. The right mixture of hubris, ego, madness, creativity, and drugs will always yield interesting results – and I’m confident all of those elements were at play. When creative types collide, sparks fly.

It’s my understanding he lives in Jerome now and he’s happy there, so there’s that. I don’t miss the dog park, but I do kind of miss the crazy decorations on that old building.