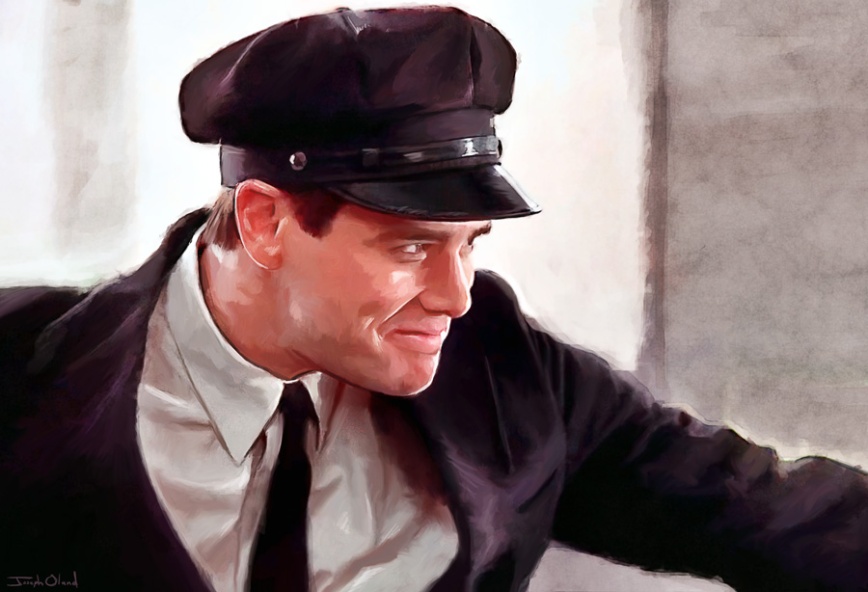 MERCHANDISE AND ORIGINAL CANVAS AVAILABLE HERE
– – –
Working long hours swinging hammers outdoors – assembling scaffolding and hauling materials, scraping elbows and climbing ladders – has oddly taught me a few things about being an artist. The strangest thing is a deeper appreciation for the books, comics, movies, podcasts, and newscasts that are a part of my day-to-day life. Music, above everything else, helps me push through the sweat and bruised skin, the ache in my back and knees when quitting time is still hours away. The other thing I’ve noticed is that it’s incredibly hard to sit down and work on my own personal projects when I get home at the end of the day. It’s hard to ignore the siren’s call of the couch and the television, hard to shake the dust from my shirt and put some effort into my personal passions.

Maybe some of you’ll get this one (but maybe not): when I sit down to start working on something, I like to put on an album I’ve heard a million times, or a movie I know inside and out. I like something in the background that I can ignore. The familiar sounds dampen outside distractions, help me focus on the details of whatever I’m tinkering with. I’ve heard that people with tinnitus find comfort in background noises that drown-out the ringing in their ears; it’s like that.

Well, I was on a road trip with my family – my parents and my sister – when I was twelve years old. My sister had a softball tournament in Omaha and, I remember distinctly, we stayed at the La Quinta. It was a weekend of soft-drinks, nachos, popcorn, and the clank of aluminum bats against underhand pitches. Thankfully I was old enough to be trusted alone in the hotel room and only had to endure a few hours at the baseball diamond. Junk food and cable television were just fine by me. Bored to tears by the whole situation – a twelve-year-old, marooned in Omaha for his sister’s softball league? – I was lucky enough to find ‘Dumb and Dumber’ on the television. It was love at first sight.

When the local video store in Lenexa, Kansas, Flicks and Discs, had ‘previously-viewed’ movies on sale, I was there to scrape them up. I maintained a reasonably healthy addiction to VHS throughout my middle- and high-school years. And let me tell you, ‘Dumb and Dumber’ was quickly one of the most watched tapes in my collection. I should be embarrassed how effortlessly I can recite lines from the film, but I’m not. I’m mesmerized by how this film just doesn’t seem to grow old (at least not to me).

I was tired after a long day at work a few days ago. My body hurt. I found myself sifting through half-finished little projects and I was clicking through distractions on the internet – YouTube ‘this’ and Facebook ‘that.’ I was awake enough to seek out some mindless entertainment, but too exhausted to push anything creative out. I put ‘Dumb and Dumber’ on not even sure if I wanted to watch it. While the movie was playing, I found an old file on my computer – a half-completed illustration that I’d lost interest in years ago. Not caring too much, I started working on it. I was too tired to overthink anything; that was just right, for that moment, for me. Not working on anything grand, not feeling compelled to make something perfect, I was able to just draw, color, shade, and mess around in digital finger-paint.