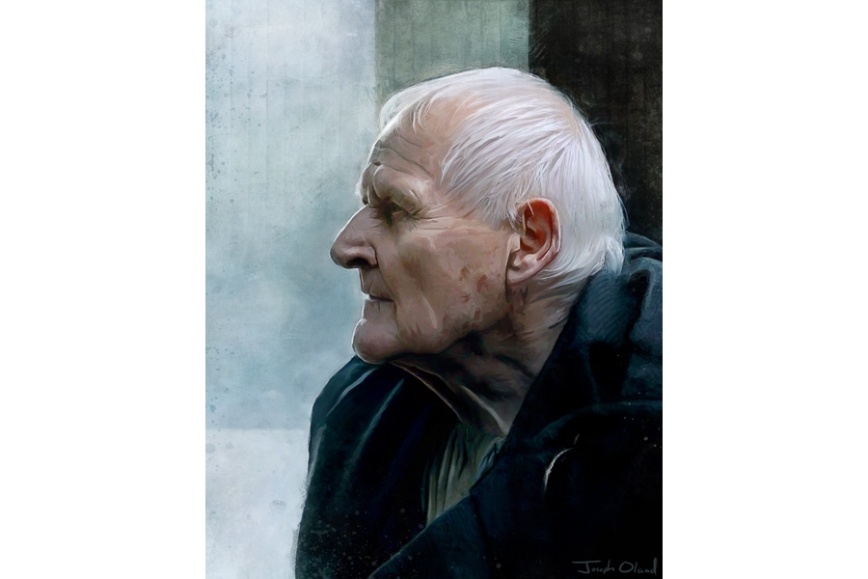 “What is honor compared to a woman’s love? What is duty against the feel of a newborn son in your arms, or the memory of a brother’s smile? Wind and words. Wind and words. We are only human, and the gods have fashioned us for love. That is our great glory, and our great tragedy.”

It was necessary to make this the next priority in the ‘Portraits of Westeros’ project. Sadly actor Peter Vaughan – who portrayed the noble and wise blind-man Maester Aemon, formerly a Targaryan and now a man of the Night’s Watch – passed away on December 6th, 2016. Vaughan breathed life into this role with generosity and finesse. There was an honesty and a subtlety to his portrayal that is rarely achieved. He was a prolific actor in British television, cinema, and theater. He will surely be missed by those who knew him, and we are certainly saddened to learn that the flame of his talent has been extinguished.

Aemon Targaryen, whose character has quietly disregarded his own surname, is the maester at Castle Black and is an important adviser to the Lord Commander of the Night’s Watch. When Maester Aemon is first introduced, he is elderly and frail, blind, but clearly intuitive, wildly intelligent, and serves under Commander Jeor Mormont.

Aemon is the last known Targaryen in Westeros, the great-uncle of Daenerys Targaryen. Unknown to all of the principle character of ‘Game of Thrones,’ Maester Aemon is also the great-great uncle of Jon Snow, a tremendous irony given Aemon’s affinity to (and advocacy for) Jon Snow’s ascent within the ranks of the Night’s Watch. 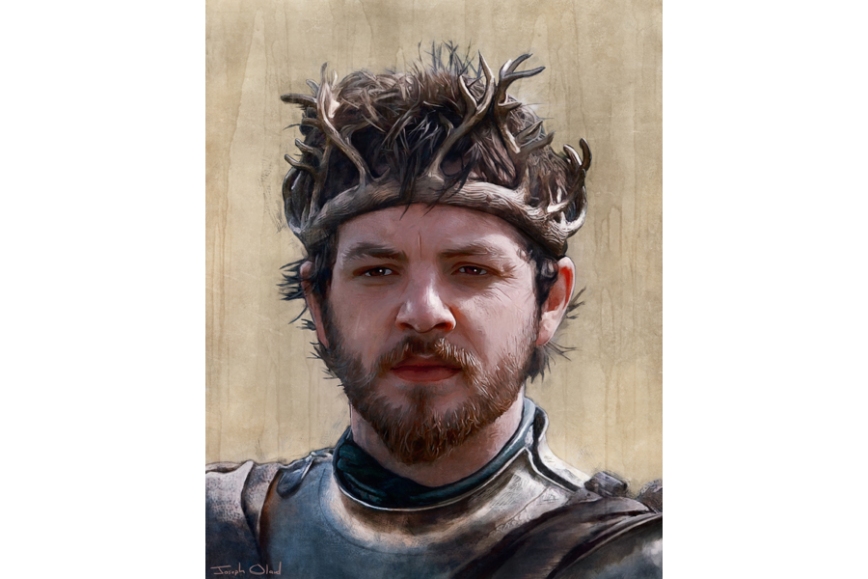 My continuing series of Game of Thrones portraits continues with Renly Baratheon. This is arguably one of my most detailed paintings – I highly suggest you follow the link and take a look at it. This isn’t a photograph, but a painting based on a still frame lifted from the television series as a reference.

Renly Baratheon is the third youngest son of House Baratheon, fourth in line to replace his brother Robert as legitimate heir to the King. His father served as Lord Paramount of the Stormlands, one of the constituent regions of the Seven Kingdoms.

The least salty of his two older brothers, Renly is a reasonably untested fighter and inexperienced leader; he was too young to participate in the civil strife known as “Robert’s Rebellion” which ultimate saw his brother Robert seated on the iron throne.

As always, I invite your input. Comments, questions, and recommendations are always welcome here. Who’s your favorite Game of Thrones character? Who would you like to see me illustrate next? Drop me a line in the comment section below!