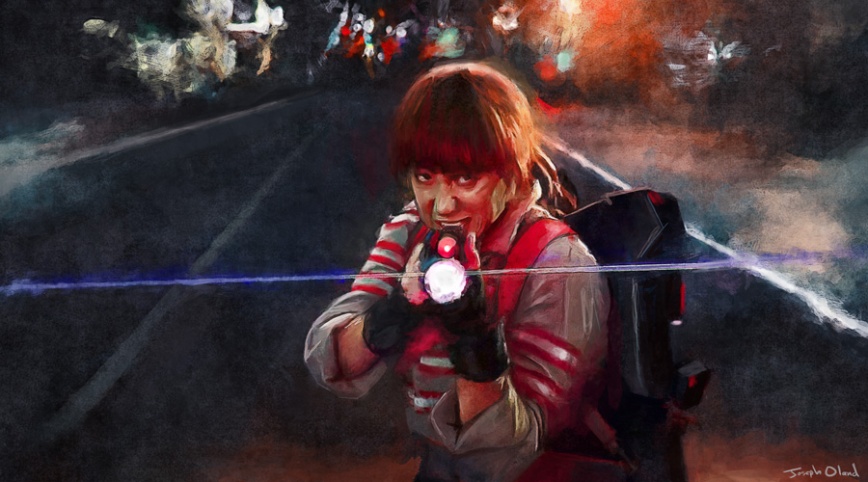 One week ago, the new trailer for “Ghostbusters (2016)” was released. In the internet age, the release of a trailer is a significant event, an event in which the online community is able to instantaneously react to the the material. Message boards and comment sections immediately begin to swell with the opinions of amateur and professional media prognosticators alike; the fate of many films seem to be decided much earlier than the actual release date. If we remind ourselves of the considerable excitement generated by the “Star Wars: The Force Awakens” trailers, as well as underdog films like “Deadpool” (the trailers of which managed to secure the attention of comic book lovers and total Deadpool neophytes alike) and realize that these trailers translated into record box office numbers.

Since the “Ghostbusters (2016)” trailer debuted, there isn’t even a fifty-fifty split; the people have spoken, and this feature is dead on arrival. With over twenty-two million views (as of this writing), the two minute video has garnered twice as many ‘dislike’ votes than ‘like’ votes. Reaction videos immediately begin to spring up over the past week, and the general consensus is that this film is going to be atrocious.

Many commentators have cast the new film aside as a contrived, politically correct rehash, tailored to the “social justice warrior” contingent and hordes of vapid ‘millennials.’ This is an absurd knee-jerk reaction. Director Paul Feig has already proved his mettle with comedies featuring strong female leads in smash-hit films like “Bridesmaids” and “Spy,” as well as sitting in the director’s chair for several episodes of the hit television series “Nurse Jackie.” The cast itself has a long list of successful projects under its belt, especially Kristen Wiig and Melissa McCarthy, two actresses whose off-beat brand of comedy have attracted a great deal of attention.

A more honest analysis would require a quick discussion of the first “Ghostbusters (1984).” The original film was completely new, with a variety of inventive and novel concepts. It presented a coherent story, blending interesting characters, horror tropes, and comedy in a seamless tapestry. It was an interesting and fun film, unencumbered by audience preconceptions, laden with fast-tongued protagonists and filled to the brim with undeniable creativity.

This is what we would call a “tough act to follow.”

Remaking a genre film is risky business. Consider, as an example, if “The Force Awakens” wasn’t a continuation of our favorite story told in a galaxy far, far away, but actually sought to re-cast and remake the original “Star Wars: A New Hope.” It would not go over well. Fans of the franchise would revolt. While the cult status of “Ghostbusters (1984)” is arguably less pronounced than “Star Wars,” it is a cult classic nonetheless. Nobody wants to see a remake of “The Rocky Horror Picture Show” for a reason. Cult films do not translate well into updates, remakes, or reboots. They too easily threaten to alter the very elements of the original film that audiences have come to know and love.

Another problem with the new “Ghostbusters (2016)” is that the trailer isn’t clear about the universe in which the story takes place. The trailer begins with the line “thirty year ago, four scientists saved New York.” This would indicate that the new feature is a continuation of the narrative from the first and second iterations of the franchise. This is hugely problematic because the new feature is a “hard reboot” of the 1984 film; it’s a stand-alone re-telling of the original story set in contemporary New York with an all-female cast. The four beloved hucksters from the cult-classic do not exist in this new film’s canon. There are rumors of a Bill Murray cameo, but there’s no indication that he’ll be reprising his role. Chances are, he’ll be little more than an easter-egg for fans of the original films.

For almost fifteen years there have been rumors that a third Ghostbusters movie was in the works, a film in which the original cast would reprise their roles. Unfortunately the project never got on its feet and, with the death of Harold Ramis in 2014, the project was abandoned altogether. In the interim, however, it was clearly recognized that there was interest in rebooting the franchise. Once it was known that the original four (Dan Aykroyd, Ernie Hudson, BIll Murray, and Harold Ramis) would not be on board, a whole world of possibilities opened up.

I don’t believe the decision to make the new film all-female was an attempt at political correctness. Rather, it was an opportunity to expand the demographic reach of a beloved property; it’s an attempt at expanding the audience. There would be nothing wrong with this decision so long as the characters are portrayed as whole women, as characters with agency, avoiding stereotypes of female insecurity and competition – this is where the film appears to have failed. Licking gun barrels and insecurely seeking approval (“The hat is too much, isn’t it? Is it the wig or the hat?”), just doesn’t work. It’s difficult to glean adequate character development from a two minute trailer, but it certainly doesn’t seem like these new characters are as three-dimensional as audiences would prefer.

The “social justice” contingent appears to be cannibalizing an earnest effort at updating this property, but this is only because it has been done so ham-fistedly, incorporating the same-song stereotypes of feminine insecurity and uneducated ethnic minorities, and then wrapping it all up in an unpalatable burrito of updated visual effects, gross-out humor, and Joel-Schumacher-eque neon colored light. Licking gun-barrels and competing for one-liners just doesn’t work.

Where the original film was an adventurous blend of comedy and seriousness, this updated film appears to go full-tilt in the direction of physical comedy. Some of the ghosts in the original film were genuinely scary, counter-balanced by goofy ghosts like the ever-so-enjoyable “ugly spud,” Slimer. It disrespects the source material by disregarding the narrative complexity of the original film. The best comedy comes from a place of thoughtfulness, and this film doesn’t appear to take its license seriously.

Part of the reason why “Ghostbusters (1984)” worked is because the characters were unique and relatable. They were brilliant, marginalized outcasts railing against supernatural forces and governmental bureaucracy at the same time. The new “Ghostbusters (2016) is a focus-grouped cash-grab, and audiences can already tell that they’re being taken for granted by Columbia Pictures.

This, my friends, is what happens when you cross the streams. 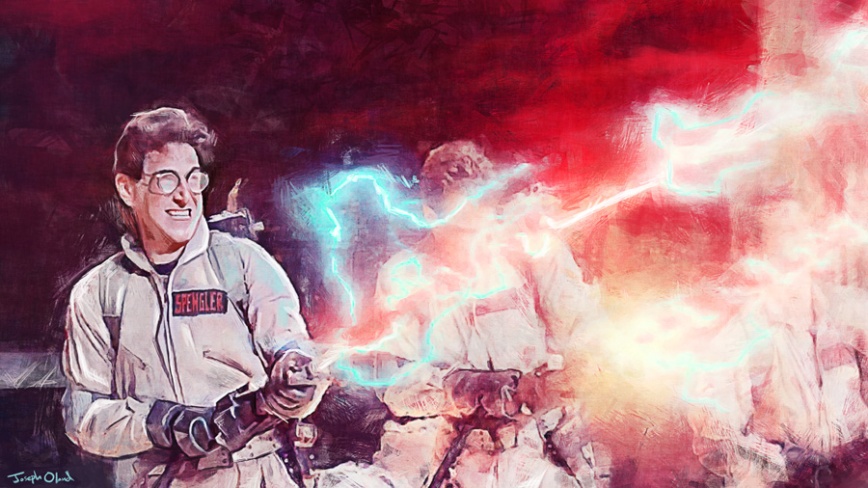