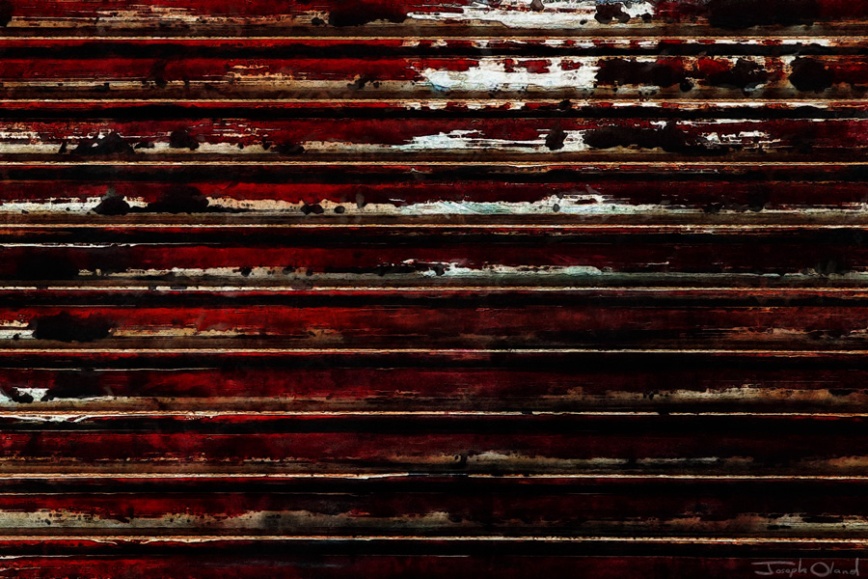 No, this is not a photograph of a flag. But for me, in the editing room, as I sculpted the image’s contrast and color, it began to remind me of the American flag, with a chipped-paint and rustic, aged texture. More than a week after the inauguration of Donal Trump, and all of the chaos that has followed after his controversial executive orders and the backlash from civil rights advocates, this image became a symbol to me of the erosion of American ideals.

As I have said about my other abstract compositions, there is beauty in simplicity – this image can mean any number of things to any number of people. But for me, this image is a meditation on America.

I would be curious to know what you think of this image, what your interpretation might be.

“There are few genuine conservatives within the U.S. political system, and it is a sign of the intellectual corruption of the age that the honorable term ‘conservatism’ can be appropriated to disguise the advocacy of a powerful, lawless, aggressive and violent state, a welfare state for the rich dedicated to a lunatic form of Keynesian economic intervention that enhances state and private power while mortgaging the country’s future.”

― Noam Chomsky, The Culture of Terrorism