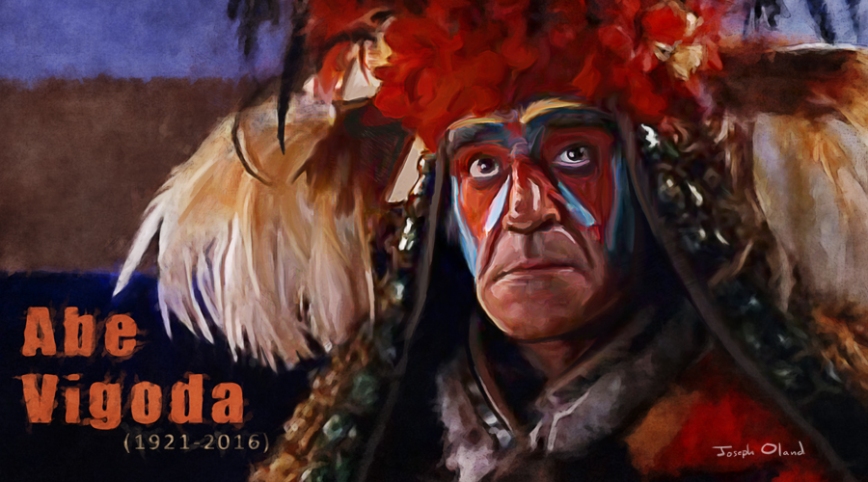 Some people manage to live long enough that their passing isn’t considered tragic, but inevitable. No passing of a beloved figure is easy, but old age is a far lesser tragedy. Abe Vigoda was the subject of a rash of internet hoaxes over the years, with fake news articles and memes prematurely declaring the ‘Barney Miller’ and ‘Godfather’ actor dead. David Letterman often made ‘Vigoda is dead’ jokes on late night television, persistently poking fun at the rumors that had stretched back as early as 1980. As it was noted in his ABC New York obituary Wednesday afternoon:

“When a published report erroneously declared Vigoda dead in 1982, he responded by taking out an ad in Variety showing him sitting in a coffin reading his obituary. Abe Vigoda, until the real end, showed a sense of humor that he flashed one honest, pained look at a time. ”

It took a slow steady tide Wednesday afternoon for the news to settle in; this time it was real. Mr. Vigoda had indeed left us, at the age of 94. Most of us probably hadn’t thought about him too terribly much, but the news is still enough to give one pause.

I didn’t watch ‘Barney Miller,’ despite an addiction to classic television that started when I was about ten years old. I can remember summer evenings spent watching ‘Get Smart’ and ‘Dick Van Dyke’ marathons on Nick At Nite, but it was only the comedies that grabbed my attention. I never knew Detective Fish.

My earliest memory of the man stretches back to a living room at a friend’s house when I was in elementary school. The VHS cassette was the Tom Hanks and Meg Ryan original rom-com. It was ‘Joe Versus The Volcano,’ and I loved it. I can’t remember why, exactly. Most of the plot escapes me, but I remember that weird tribe of orange-soda obsessed villagers (an irony today that reminds me of my father) and that classic scene at the beginning of the film when Tom Hanks quits his job.

“You look terrible, Mr. [Boss Man]. You look like a bag of shit stuffed in a cheap suit. Not that anyone could look good under these zombie lights. For 300 bucks a week, I’ve lived in this sink, this used condom!”

But this is all beside the point. The first impression of that long-faced grandfather that Abe Vigoda has always been, at least during my lifetime, came from that film. He was painted up and stoic looking, with that aggrieved look, that furrowed brow and that unsmiling face which, for whatever reason, made him seem wise and lovable. At 94 years of age, I am certain that he was wise. And with a career as long and successful as his, there’s no doubt he was greatly loved.

Good night, sir! Perhaps we will meet on the other side.

(and don’t worry, pal – I won’t mention your small role in Goodburger. I don’t think anybody involved – the studio, the actors, or the audience – really want to remember)