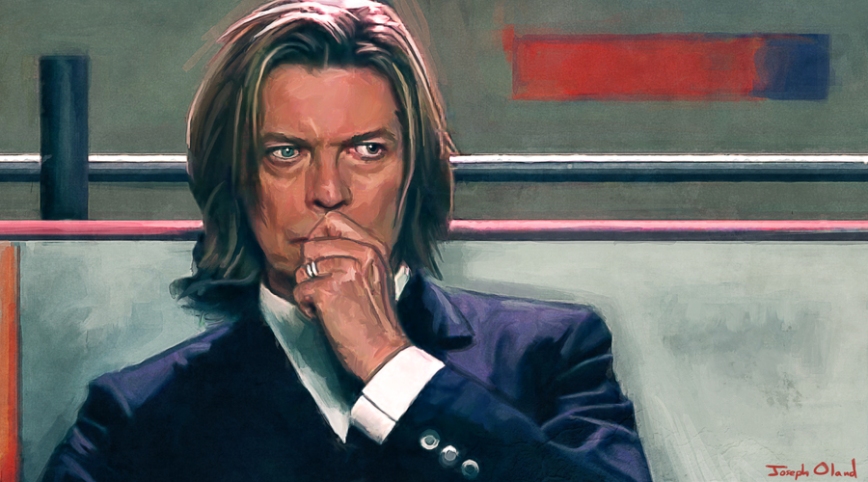 “I don’t know where I’m going from here, but I promise it won’t be boring.”

I couldn’t sleep last night, rolled over, and saw the news on my phone.

I suppose that age hardens some people. I’m certainly not one of them. As it happens, I find myself growing increasingly sensitive as I move forward. When bad news hits the airwaves, the wind gets knocked out of me. I find myself unable to explain exactly what it’s all about. David Bowie died yesterday, and the world woke up today and learned about it. Like a lot of you, I’m sure, I spent my entire day revisiting old records. And it dawned on me earlier today – for the first time, maybe – what a real impact he had.

From everything that I can gather, he wasn’t in the business of collecting enemies. If anything, he was wholly magnetic, and drew inspiration from everything. If you were to sift through the endless hours of live concert videos online, he was a thankful performer, eternally appreciative of his audience. He was always quick to smile, make jokes, laugh. That’s the kind of weirdo we all need in our lives. Color, personality, passion, and laughter.

My knowledge is not encyclopedic. I was never a super-fan. I just knew that he was out there, and we occasionally collided. I watched “The Labyrinth” for the first time when I was twenty years old; my girlfriend at the time couldn’t believe I had missed out. Quite frankly, neither could I, especially after viewing it. He was the soundtrack to the 1980’s that I remember, “Let’s Dance” appearing in a collection of film soundtracks and inspiring a parade of imitators. His work on the “Lost Highway” soundtrack, collaborations with Trent Reznor, and appearances in goofy-ass movies like Zoolander – I’m confident in assessing that he had fun with his life. Whatever it is that he figured out, I hope I get there, too. It’s terribly depressing to know that he’s gone, but what a fun ride it must have been. What a fun ride it was for all of us.

Rather than a photograph today, I sat down to make an illustration in memory of the departed.

I think I’ll get back listening Seu Jorge, that Brazilian fellow who did all the acoustic Bowie cover songs in Wes Anderson’s “The Life Aquatic” soundtrack. If you haven’t seen the film or heard the music, I would recommend hopping online and giving it a listen.
Good night.